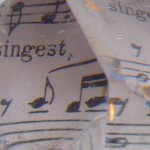 Far reaches of the mind (with full programme)

Exploring worlds that can only be visited in the mind: idyllic landscapes and fantasy worlds of enchantment, magic and terror; miniature societies of fairies, insects and animals; long-lost lands of childhood and better times, visited only in memories; parallel universes conjured up by grief and frustrated desires; encounters with the world of the dead.

Variations: two recitals, separate or as a series (see download below); the first a search for encounters with fantastical beings – elves, witches and ghosts; the second looking at worlds which reflect our more tangible reality – worlds of exoticism, nostalgia, nature and spirituality.

You can take a look at two separate full-length recitals based on this programme by downloading the files below: 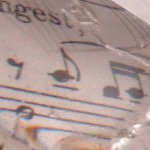 Horn, Voice and Piano – sound and song (with full programme and programme notes)

Sounds travel through forests and over mountains – a repeating horn call, the wise and witty winds, a mysterious, faint melody – bringing ever-unanswered questions and sweet frustrations. Journeys begin with final goodbyes, the moment of parting imprinting itself in the lovers’ memories. Flora and fauna, embodiments of pure desire and joy, offer delight and inspiration. Night approaches and nature’s hidden life awakens, a realm often imagined but rarely observed by human eyes.

You can see the full programme and programme notes by downloading the file below:

We performed this programme in November 2010 with Lisa Ford in the Gothenburg Symphony Hall. 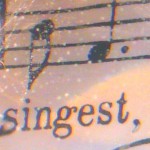 A programme of English, French, German and Spanish song, examining the many faces of deceit: how we deceive others playfully, benignly or dangerously, with white lies, secrecy, artifice and betrayal; how we deceive ourselves consolingly or neurotically, with wishful thinking or blindness to reality; how our minds deceive us with illusions, inviting bliss, enlightenment or, when traumatised, madness.

Variations – Two recitals, separate or as a series, one looking at deceit in love – flirtation, seduction, infidelity, elopement, rose-coloured spectacles, and the other exploring deceit in the wider social world and the inner psychological world. 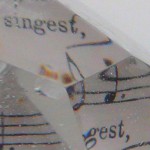 A multi-lingual journey through time, with three alternative programmes:

A Sundial of Song follows the passage of the sun on a particular day of the year. Every hour brings a new song; of work and play, of love and loss, of magic and merriment (German, French and English Song).

The Schubert Society of London commissioned a Sundial of Song programme for 20th May 2012 – here is the full programme listing including a timeline and song texts.

From Sunset to Sunrise visits magical twilights and evening scenes of domestic merriment and lullabies, before eavesdropping on lovers during the night hours, their special time, their domain…

The Lover’s Night explores the experience of love and lovers from the beginning of twilight till daybreak; anticipation and flirtation, longing, lonliness and loss, dreams, intimacy and passion, serenades and secret . . 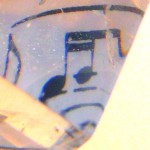 Variations – Covering a period of a few years or many decades; focusing on particular themes or specific poets; contrasting English with American song; including or excluding folksong and cabaret/show. 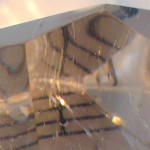 More ideas for themes – based on the texts

Archetypes
The hero, the magician, the mother, the trickster.
Poetry purloined
Words from tombstones, religious texts, recipe books and love-letters.
Mundanity and majesty
Those who have riches, magic and celebrity, and those who don’t. 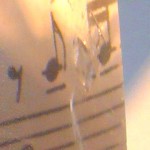 The poet is never alone – everything in the surrounding world is endowed with personality, voice and agency. Birds, flowers, rivers and winds send messages and warnings; they mock, complain and plead, bringing wisdom, fear and consolation… and thus reveal their inner lives and personalities.

Variations – A mixture of languages (including Russian and Spanish), or a focus on one particular language – English, German or French. 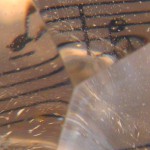 Of Tales, Time and Things Beyond

Through songs set to texts by Walter de la Mare and like-minded British poets, we rediscover a child’s sense of awe at what the world holds for us, and explore the great mysteries of life. We are urged to to treasure beauty and youth whilst we still can, to beware the demons lurking in the dark, and to ponder the final riddle of the passing of time and death.

Variations – Two recitals, separate or as a series, which travel from the cradle to the grave along different paths: the first via nursery-rhymes, nonsense songs, lullabies, dreams and nightmares; the second via fairy-tales, visions, the hopes of youth and a sense of wonder at the infinite span of time. . 192.168.0.l 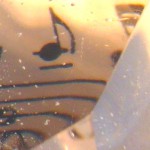 More programme ideas – looking at the music and the words

The piano as protagonist
Friend, foe, and spiller of secrets.
Sand, boulder, mountain, planet
Experiencing scale through poetry and music.
Prescience, nostalgia and topicality
Music and text that look back or ahead in time.

To keep up to date with new posts, you can subscribe to an rss feed or be notifed by email.